I’ve been reading a lot of articles lately about women not being proud that they are mothers, or people putting mother’s down. This baffles me, and saddens me, because I’ve learned and changed so much as a mother for the better, and better yet, I have a responsibility to raise the next generation of children. I am a teacher by education and heart so maybe I am a special case, I’m sure a few of my haters would tell you for sure that I am a special case, and to them, my response is

Reasons why I’m happy to list Mother as my most coveted skill on my resume.

The title sounds like I’m race baiting, I’m not. While I think all the actors cast as actually great actors, I have a problem with a British man, (who will inherently bring his own colonial views to this movie) Guy Ritchie, who isn’t exactly known for the diversity in his film, nor showing people of colour in a great light. If you don’t believe me please feel free to watch any and all of his movies!

I’m going to keep this short, because this casting of Mena Massoud, and Naomi Scott as the leads Will Smith as the Genie, all have one problem in common. They are all the fairest examples of their race. Mena is a light skinned Egyptian, Naomi is part British, and the other part of her is Northern Indian (most Northern Indians are mixed with British, as someone of Northern Indian descent I am mixed with British, Bulgarian and Italian via a 23 and me DNA test) and Will Smith who is very much a light skinned black man.

All of this leads to a major problem for young children who are going to watch this movie after seeing the original cartoon version. Do you know what they will first notice? That the characters are no longer dark skinned. They may not voice this, they may instead internalize it like so many children do, and that is the sad part of all it. There is a billion dollar industry of skin bleaching products, South Asian, East Asian, African, Middle Eastern and basically all people of colour are targeted by the idea that the more white your skin is the more pure you are and the better you are. Now this movie with this casting will only perpetuate this problem.

I’m sure Guy Ritchie will cast the darkest person he can find to be Jafar, but Dark Skinned people are only good enough for the roles of villians.

Aladdin was originally a story within the tales that Scheherazade told a king to avoid him killing her. The Story is of Persian origin, Not Arabic, do you know why I can say that with so much certainty? Because Arabic is a language, not a bloody history or culture. Aladdin was added into the stories by a French writer Balland, and wasn’t a part of the original Arabian nights and it was based on Chinese folklore. It was supposed to have taken place during the Abbasid empire reign, that empire included parts of India, China, the Middle East and Africa and Persia. Aladdin as a story belongs to the people of the East. But all my concern is for the remake of the cartoon version.

The Reason why Indians can also feel a connection to Aladdin is due to the fact that Persian descendants ruled Indian during one of the Golden ages and intermingled and Married freely.

When Disney Made Aladdin originally it was meant to be a cartoon that catered to both the various Middle Eastern Cultres and Indian ones. The characters clothing, turbans, facial hair, noses, hair, jewelry even Agrabah is all Ambiguous between all the cultures. Come on can you honestly tell me Jasmine’s dad’s turban is based on any other turban than that of an Indian?

For reference Agra was one of the Mughals Crown Jewels in its kingdom, so for Middle Eastern People to disregard Indian people having claim to this movie’s origins is equally as silly as Indians disregarding the Middle East influences in the movie.

The Mouse was careful in playing even Stevens with the creation of the cartoon! Everything that Mouse does is calculated (not necessarily a bad thing). After having random internet arguments with foolish people on that article’s post, I decided to clear the air.

If you disbelieve me with regards to the origins of Aladdin I have actual hard copies of my Indian Ocean history classes and Muslim worlds first hand account books to help clear the air. Also my 23 and me DNA test and that of my husbands clearly show that we are mixed up with Persian/Indian/British/East Asian/Southern Italian/Native-Indigenous just between the two of us

Bottom line is that someone descending from Persians (not only Middle Eastern or Indian) should be playing the roles.

Also here is a better suited list of Asian leads:

1. Riz Ahmed – he can already sing and dance he’s a part of swet Shop Boys

2. Avan Jogia- he’s a Canadian kid who played a young king Tut and he can sing and dance via his days on a Disney show

3. Ranveer Singh – I mean he can look like a dirty rotten scoundrel when needed, he can dance and sing like Nobody’s business and he’s played an epic romantic that can literally send shivers down your spine

4. Aryan Khan – SRK’s boy spawn, I mean his father is the Badshah of Bollywood and he would be the Freshest face among since it would be his Debut role. This is my wild card choice since it is based on Rumors that he wants to get into acting.

5. Arjun Kapoor – he’s a fresher face in Bollywood but he’s proven he has acting chops and he is young enough.

6. Aditya Roy Kapoor – he for sure can act, and isn’t a typical light skinned actor. He also has a more mainstream accent which I’m sure Disney is looking for…I mean unless they really just want to cast a white person in the role.

7. Rupinder Nagra – he was heart wrenchingly beautiful in Amal, I cried, still cry every time I watch the movie.

1. Lily Singh a.k.a SuperWoman is still my top pick, she can sing and act plus she has a huge following, this seems like a no brainer.

2. Hannah Simone – I mean come on she’s perfect and would look great with Riz on screen. She currently plays Cece on new girl

3. Nazneen Contractor – she was in the reboot of Heroes and was fantastic!

4. Noureen DeWulf- because she could easily be ambiguous between Indian and MiddleEastern.

5. Kay Ray a.k.a Kiran Rai who plays the title role of Anarkali on the web series by Miss Mutta. She for sure has the chops for it and she can dance too! Homegrown talent like Lily Singh.

6. I would pick Deepika Paducone if Disney could just hire her but I know they don’t seem to want too foreign sounding of an actress…sad by true.

So to that foolish writer on Huffinton Post, next time if you don’t want to write an article or aren’t interested don’t write a half assed one and try to pass it off as something. Ask someone who knows something about the topic for help if need be but don’t publish an article on a branch of the Huff Post meant to destroy stereotypes of Asians. You literally were so uneducated on the top you just perpetuated the ignorance of the Disney casting directors, and that hurts for people who are trying so hard to make a difference and break stereotypes!

UPDATE: The same writer on HUFF POST decided to respond to criticism but not directly by posting a link to an article that Aladdin has roots in being Chinese, I guess I skipped in my post that there are and were Many Chinese people that were a part of the same empires. The link that she posted doesn’t even prove that Aladdin was Chinese it just shows that the Chinese also had their telling of the Moralistic Story of Aladdin, just like Urdu speaking storytellers and Arabic ones! Urrgh nothing makes me more angry than “journalists” posting ill thought out articles and then post Links that they think prove them correct when in actuality just display another theory, further proving her wrong!

PLEASE PLEASE remember this was a folk tale that spanned various cultures and people are getting upset by it and it’s crazy because it Aladdin NEVER really existed!

Grilled Steak with vegetables and barley, again I started eating before I could take a picture but it was well seasoned and juicy not dry. The vegetables were crispy too and the food was delivered on Sunday so that is pretty interesting to note! Usually I hate asparagus but no complaints and I’ve come to the realization that I was eating well when cooking on my own, but damn I was eating waaaay too much before! I’ve seen a difference in the scale so I am going to keep this up for as long as I possible can! 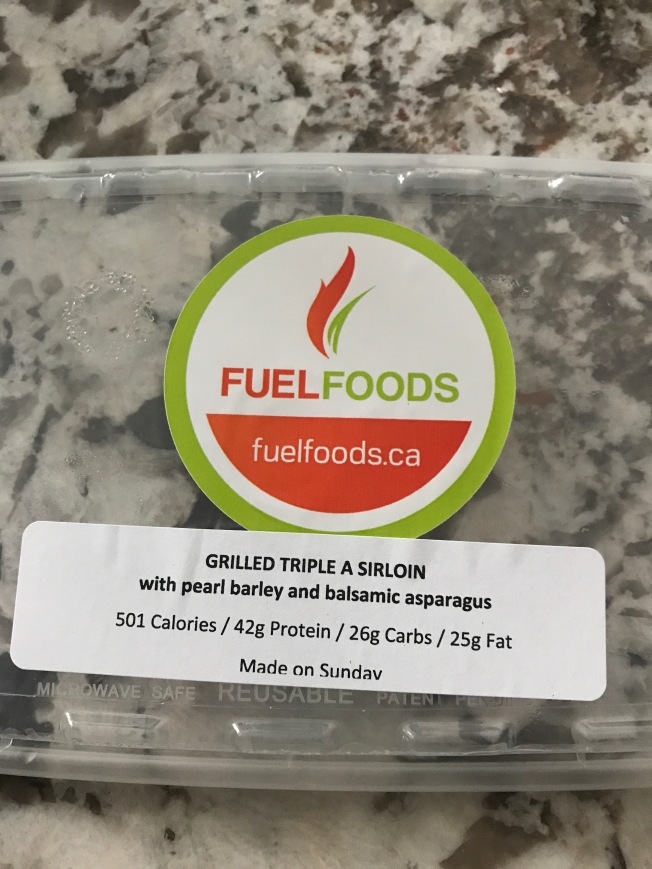 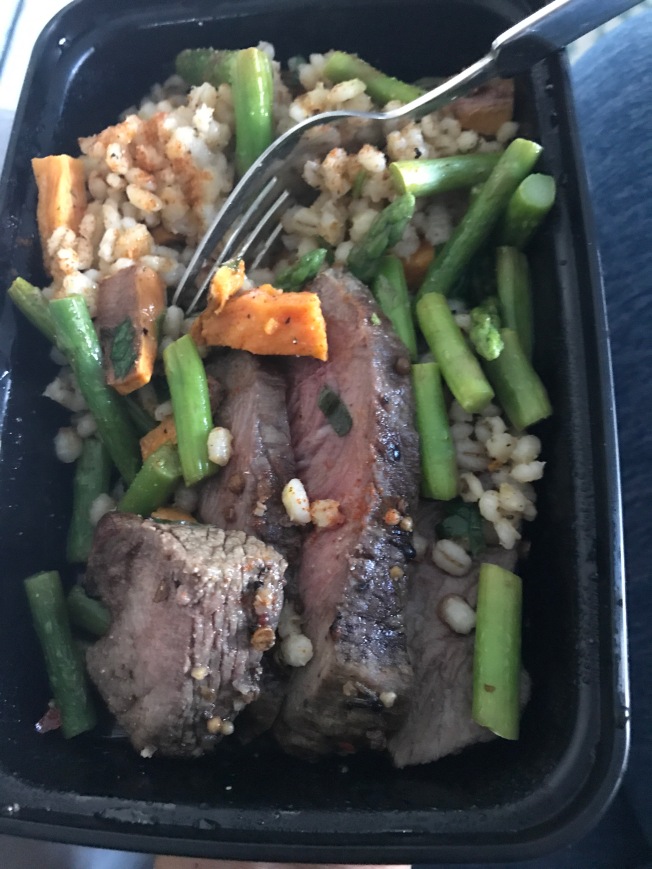 I picked White fish for dinner today in hopes that it would be the freshest and let me tell you it was yummy! Yet again I am impressed. I added a dash of Cayenne pepper because spicy girl likes spicy food! 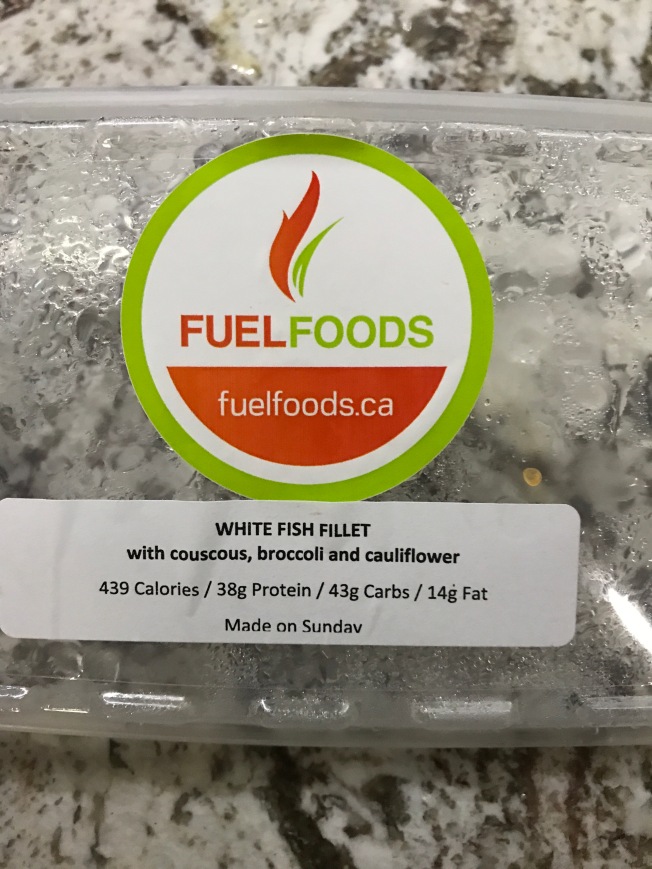 The couscous was really well done too, umm I ate half before I remembered I needed to take a picture, lol sorry!

Today I began my fuel foods Journey! I’m excited as I don’t really eat breakfast I’m always hungry around lunch time and I don’t like eating my kids’ leftovers, but such is life! So I took the plunge and ordered online, and I chose the “easy plan” I called to make sure there weren’t too many tree nuts in the foods for this week and I’m super lucky on top of there being no tree nuts there was also no pesto or cilantro (I DESPISE cilantro!)

So I will attempt to blog every meal. My first meal is the heritage greens salad and my only complaint is that it wasn’t big enough! It was perfect taste wise, like a little tiny bit sweet with the blueberries but otherwise salty and tangy (I don’t eat salt at all so to me it was seasoned perfectly) the cheese added to it was just the right amount. I had it with a giant cup of unsweetened green and peppermint tea! So far good! 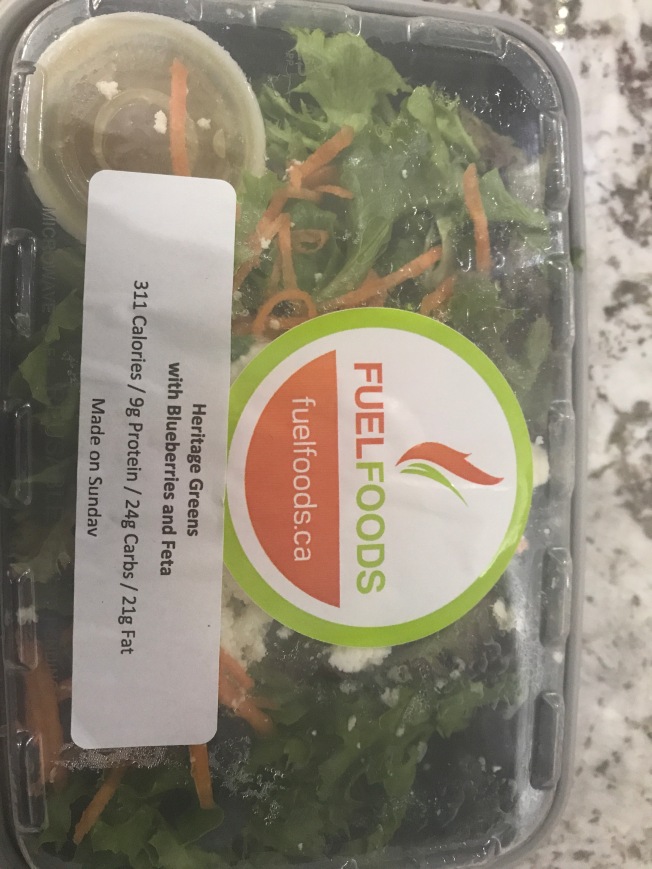 Here is the menu for the week and trust me I’m just wondering and confused as to what to eat for dinner! Not a bad problem to have considering my old problem!